Homenews Awarding a European Board Certificate of Excellence in Medical Performance to Dr.Khalid Waleed Razoky

Awarding a European Board Certificate of Excellence in Medical Performance to Dr.Khalid Waleed Razoky 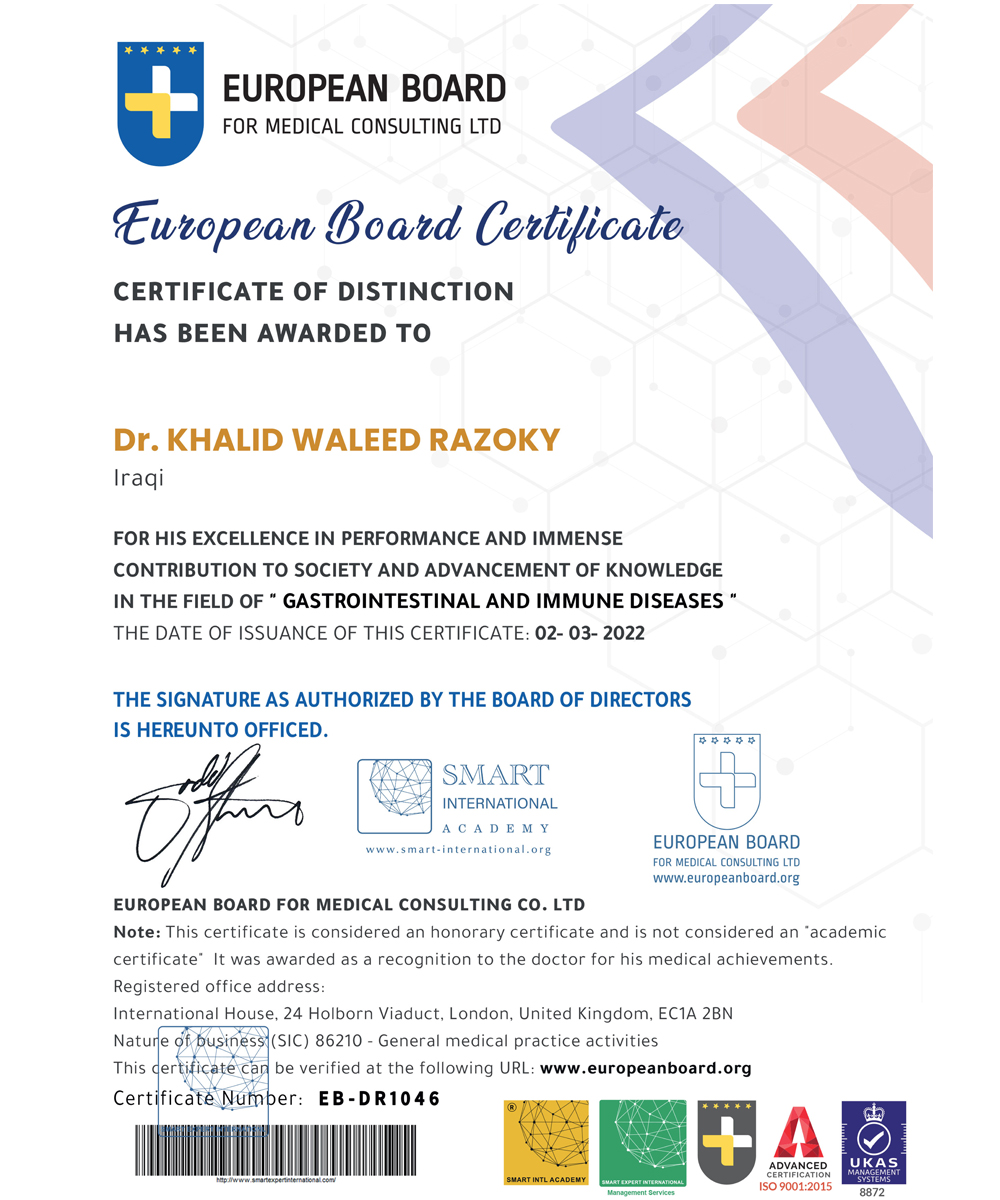 The European Board for medical consulting annouced the award of a European Board Certificate of Excellence in Medical Performance to Dr. Khalid Waleed Razoky for his excellence and immense contribution to society and advancement of knowledge in the field of "GASTROINTESTINAL AND IMMUNE DISEASES".

Contact us via email at info@europeanboard.org or submit a business inquiry online.

European Board For Medical Consulting

The European Board For Medical Consulting, is an independent institution geographical location, culture and scientific method. It obtained accreditation and licensing from the British government under its license number ( 13066875). The European Board For Medical Consulting was established at the beginning of 2020 as a British institution concerned with encouraging excellence and creativity in the medical field, as well as, higher Education and distance learning, with the contribution of a group of scientific cadres of Arab elites that immigrated to the United Kingdom, and in cooperation with a group of founding fathers in the field of open education and distance education, who are British citizens and believe in the need for civilized interaction between peoples.
We use cookies to ensure that we give you the best experience on our website. By using our website, you agree to our cookie policy & privacy policy